The Serious Fraud Office can be its own worst enemy

May 26, 2021 Posted by : Martin Kenney Category : Blog Comments Off on The Serious Fraud Office can be its own worst enemy 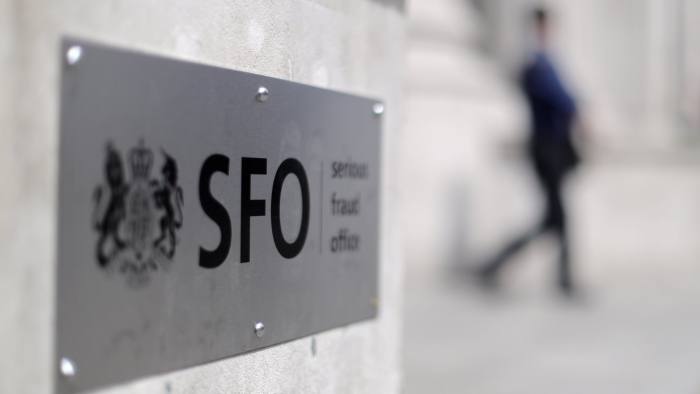 As a retired fraud squad detective and financial investigator who joined the counter-fraud fray back in 1998 (I am still investigating fraud nine years post-retirement and lecturing on these topics at the University of Central Lancashire), I am rarely lost for words on the topic.

However, a recent headline (“SFO looks to rebuild ‘brand and image’ following series of setbacks”) which talked about the UK Serious Fraud Office’s (SFO) proposed rebranding and goals – revealed in a new business plan – to improve its image after “a tough year”, brought a wry smile to my face.

The SFO is crammed full of capable, enthusiastic, lawyers and investigators. There is no denying that there are a lot of professional and personable people working there. The problem being that as an organisation, it has constantly tried to over-hype itself and then under-delivered.

In fact, the SFO has recently faced calls for its abolition, after the collapse of a major case against two former executives at Serco, an operations company, after the agency failed to disclose documents to the defence, jeopardising the trial.

“Some cases have lingered at Cockspur Street for years, with charging decisions not being made and suspects remaining “under investigation”.

This can be devastating: jobs are lost, families break down, and the sword of Damocles can hang over individuals’ heads.

The SFO’s apparent craving for publicity and need to portray itself as aloof and superior has often lost it support among law enforcement colleagues, too.

A visit to its website illustrates the SFO’s self-perceived stature. There you will see expressions and claims such as “specialist prosecuting authority tackling the top level of serious or complex fraud, bribery and corruption” or “the SFO’s specialist skills, powers and capabilities to investigate and prosecute,” among other high phrases.

Yet the SFO’s parameters for accepting new investigations seem historically to have been driven by the need to take centre stage and in the limelight. There have now been several high-profile failures on the SFO’s watch, alluded to in the “tough year” comment made by Director Lisa Osofsky.

The organisation has faced criticism over its diminishing caseload and a perceived lack of appetite to take on the biggest cases. Its set-backs have raised questions about its ability to investigate complex financial crime. Given its rigid acceptance criteria, the lightening “caseload” issue is hardly surprising.

There is a saying where I hail from in the north of England: “You can’t cod a codder” (similar to “you can’t kid a kidder”). The point being that where the SFO has turned away cases because it is “too busy”, it has generated resentment from partner agencies such as the police, who know full well that they are being fed a line, patted on the head, and told to go and play.

Add to this the recent SFO failings but also a list of historical disasters, and it’s not surprising that there is minimal sympathy from law enforcement partners.

It has generated resentment from partner agencies such as the police.

There is a debate to be had here. For example, the SFO could create regional satellite offices, so that its teams could deal more effectively with their policing and law enforcement counterparts in the north of England, the Midlands and elsewhere. This would go some way to breaking down some of the barriers that permeate the relationship between the SFO and the rest in this game.

When Lisa Osofsky, who (among other things) had a legal career at the FBI, took the reins at the SFO, she appeared to arrive full of big ideas and bluster. One of her most intriguing quotes was directed at white collar criminals: “You can spend 20 years in jail for what you did or wear a wire and work with us” – implying that she would soon be turning UK white collar crime suspects into ‘rats’ or ‘snitches’, like those ensnared in RICO cases in downtown New York.

It is undoubtedly a difficult job, but Ms Osofsky appears to have overlooked the problems under her nose. If she had overseen a genuine organisational makeover and publicity drive when she landed, demonstrating that the SFO was going to get stuck in at the coalface with the rest of us and take on more provincial investigations, it could have worked wonders. Instead, comments about forcing suspects to wear wires merely added to an overriding perception that the SFO saw itself as an increasingly remote, solo operation.

The latest messaging coming from the SFO is that it will be “embedding an intelligence culture” into its systems. It says its four priorities for its intelligence-led approach will be international bribery and corruption in a changing world; the 2021 threat landscape; getting ahead of investment fraud; and the growth of crime in cryptocurrency.

To my mind, an intelligence culture is another way of saying that the SFO will finally be following the police lead here (albeit years too late) and only get involved when solid, reliable intel exists to justify it. In addition, the SFO will now seek to “mitigate and reduce the blockers to high-quality case progression at pace.” In plain speak, I interpret this as meaning it will pull its finger out, do fewer business lunches, and pontificate less in front of the media.

A touch of humility and a downgrading of aura are needed.

The fact that the SFO now understands that grandstanding has only succeeded in building itself up, so that others can knock it down, is a start. It does not need to embellish this self-proclaimed elitist image any further: instead, a touch of humility and a downgrading of aura are needed to bring it more into line with the rest of law enforcement.

If Ms Osofsky implements the SFO reforms as described, the SFO will be welcomed back with open arms by its law enforcement partners. But only as equals and not as self-proclaimed superiors. 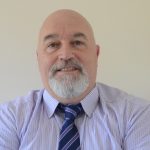 Tony McClements is a Senior Investigator at Martin Kenney & Co. Tony served for 33 years in three UK police forces, and has worked as a specialist Fraud and Financial Investigator since 1998. He now lectures in these subjects at the University of Central Lancashire.