The Future Of Unexplained Wealth Orders

March 10, 2021 Posted by : Martin Kenney Category : Op-Ed Comments Off on The Future Of Unexplained Wealth Orders

When the UK government passed the Criminal Finances Act (CFA) in 2017, known colloquially as the ‘McMafia Law’, it was intended to supplement the Proceeds of Crime Act 2002 (POCA). One of the CFA’s main provisions relates to what the UK refers to as Unexplained Wealth Orders (UWOs).

This article first appeared in the IFC Review. 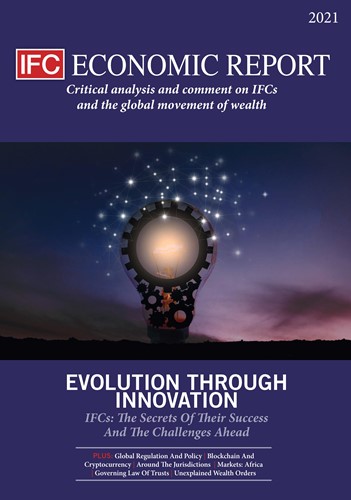 Such UWOs are targeted at property held by someone who appears to possess unexplained wealth. They require the defendant to explain the derivation of an asset and how it was obtained. Significantly, the defendant also must show that their legitimate income was sufficient to finance the asset concerned. If the defendant fails to comply with the requirements of the UWO, then the asset is presumed to be recoverable property under POCA’s provisions, unless the contrary is shown.

UWOs were intended to empower UK law enforcement agencies to attack the UK-based assets of high-net worth individuals with shady pasts who owned assets of questionable origin. They could also be used to target UK-held assets of politically exposed persons (PEPs) suspected of grand corruption in their home states.

However, UWOs have been dealt some recent blows by UK courts. Most significant is the case of National Crime Agency v Baker, where Mrs Justice Lang of the UK High   Court discharged three UWOs targeted at properties ultimately owned by the family of Rakhat Aliyev, a deceased Kazakh official.[i] The UWOs were initially obtained by the NCA ex parte.

Following the initial orders, the respondents to the UWO and the beneficial owners of the properties voluntarily provided voluminous information to the NCA about the property in question. Mrs Justice Lang then deemed that, in respect of certain aspects of the NCA’s case, its underlying assumptions and reasoning were unreliable and flawed, and the UWOs should be discharged.

Mrs Justice Lang’s recent judgment in the Aliyev family case is significant on multiple levels. The court, for instance, concluded that, taken alone, the use of offshore structures to hold assets is not sufficient grounds to issue a UWO. Justice Lang held that, in relation to one property, the evidence did not give rise to an “irresistible inference” that the property was the product of unlawful conduct.

Second, the judgment shows everyone involved that when a UWO is contested, the judiciary will scrutinise the evidential foundation for the UWO (and response to it) rigorously. Finally, the NCA was deemed responsible to bear the costs of both itself and the defendant, which are potentially very significant. On 17 June 2020, the Court of Appeal refused the NCA permission to appeal.

Where Does Baker Leave The Status Of UWOs In The UK?

The impact Baker will have on authorities’ approach to the UWO regime remains to be seen. On the one hand, the decision is a major setback for the NCA and law enforcement as a whole. Not only did the NCA’s approach in this case receive considerable judicial scrutiny, but the NCA is also liable for costs which could amount to almost half of its annual £4 million budget.

On the other hand, one could argue that Baker is simply an example of the UWO regime working properly. The NCA obtained the initial UWOs ex parte, after which those subject to the order provided extensive information about the assets in question. It is arguable that the NCA would have ever obtained this information without the UWO regime in place.

So, while on the facts of Baker this information turned out to be favourable to the respondents and therefore resulted in a discharge of the orders, the NCA did end up discovering how the assets in question were obtained.

How Are Other Jurisdictions Dealing With The UWO Concept?

The UK is not the only jurisdiction to have implemented a UWO regime. Australia, Ireland and Columbia have all employed provisions analogous to UWOs with varying degrees of success.[ii] In particular, their use in Ireland – albeit under a different name and alongside the creation of a dedicated Criminal Assets Bureau – has been particularly successful.

Other jurisdictions are keeping a close eye on the UK developments before deciding whether to go down the UWO route.[iii] For instance, one Canadian province – British Columbia – is considering UWO legislation as a way to combat money laundering in its housing sector.[iv][v] Existing models in other jurisdictions are similar to the UK’s; however, the UK’s focus on politically-exposed-persons gives its regime an international component that some others are lacking.

One example of an innovative approach to UWOs is a legislative proposal currently before the Legislature of the British Virgin Islands. On top of implementing a UWO regime similar to the UK’s, such legislation would create a freestanding civil cause of action for property acquired by unlawful conduct and there would be no need for a criminal conviction.

An additional feature of this legislation is that it would make civil recovery provisions (including UWOs) extra-territorial in reach. This legislation would be of assistance to authorities worldwide because it would provide them with much-needed legal remedies against those who try to commit illegal financial activities using offshore jurisdictions.

One way to increase the effectiveness of civil asset recovery actions is to involve the private sector in state asset recovery strategies from an early stage. Private actors are well-positioned to assist state actors because they have extensive expertise, as well as the financial capacity to take on the risks associated with such high-stakes litigation. At least three potential models here are worth exploring.

First, general resources should be diverted to private actors to drive the asset recovery process forward for small states on a ‘no win no fee’ basis (so there is no fee to asset recovery specialists unless they are successful in their cases). This model would involve engaging private sector law firms and investigators to act on behalf of a government in its asset recovery initiatives. These private actors would take on the risk associated with the litigation, so that they get paid solely by reference to the assets they recover.  This model is ideal for smaller states which do not have the financial or technical means to undertake large asset recovery litigations.

Second, states should consider legislation akin to the US False Claims Act where private actors have standing to bring wrongdoers to court on behalf of the state. These private actors should be paid a portion of the ultimate assets recovered. This is a model that has had success in the United States for decades and is ideal for both smaller and larger states which are looking to effectively outsource such litigation to private actors.

Moreover, following Zinga, the Court of Appeal in Ketan Somaia v Regina [2017] EWCA Crim 74 confirmed that private prosecutors might also seek compensation orders for the victims of serious crime. The potential significance of this decision in the context of fraud and asset recovery work cannot be overstated; while confiscated proceeds generally inure to the benefit of the Crown, compensation is paid directly to the victim.  States of all sizes should ensure that their private prosecution laws are both effective and flexible enough to enable private actors to recover value for victims of financial crime.

With thanks to Kevin Madden for his assistance.