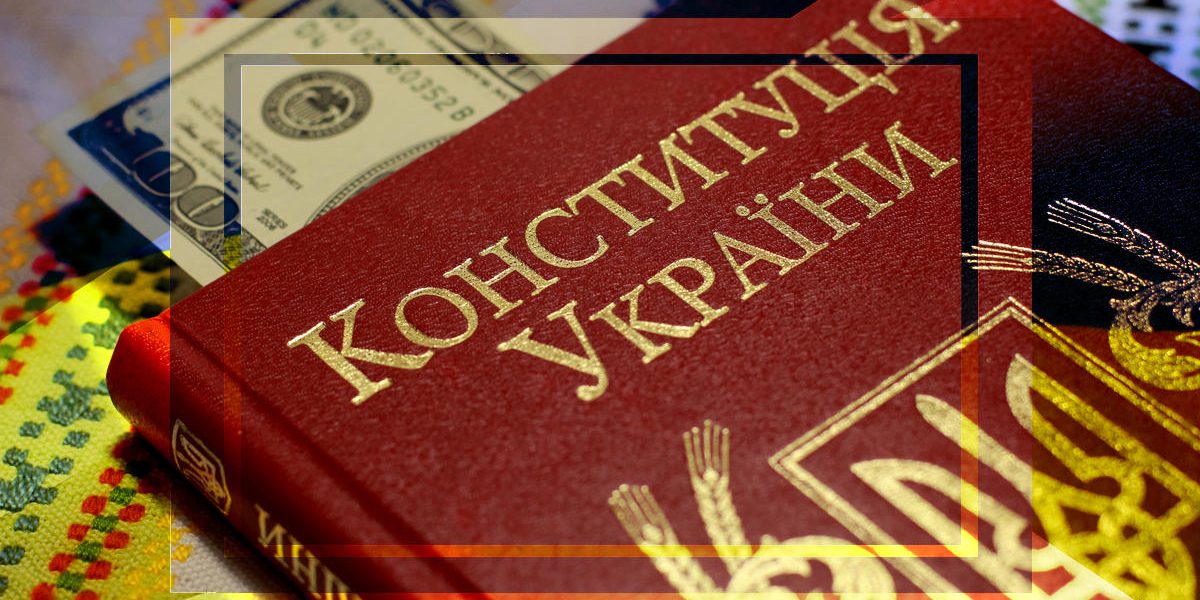 The news that Ukraine’s Constitutional Court (UCC) has abolished a law designed to prevent government officials from benefiting from corrupt practices, effectively waves a white flag at those who see public service as a means to line their own pockets.

It is almost incomprehensible that a country such as Ukraine, harboring ambitions to become a full member of the European Union, should effectively dash its own hopes by succumbing to what can only be interpreted as judicial corruption.

Make no mistake about it: corruption in the Ukraine is likely to soar once again to the endemic proportions that flourished when the country first emerged into independence following the collapse of the former Soviet Union. In the process, it has also likely denied itself the cash flow stream that came in the form of aid from the International Monetary Fund (IMF).

What is the reason for the UCC’s decision? It has ruled that the anti-corruption laws in question were unconstitutional, as they violated the principle of “presumptive innocence.” The 2015 law, enacted to ensure that Ukraine fell into line with the obligations demanded by the IMF, followed already well-established legislative formats utilized by at least some members of the EU.

The process to shift the burden of proof onto a suspected grafter to evidence the derivation of their wealth, showing that it came from legitimate means, is not a power wielded lightly. In the UK for example, there is similar legislation contained within the Proceeds of Crime Act 2002, and more recently the legislation creating the jurisdiction for courts to grant what are called Unexplained Wealth Orders (UWO).

However, these are not pieces of legislation owing their origins solely in civil law, declaring open season on those who may have been considered erstwhile targets for criminal investigation.

The powers inherent in these legislative blunt instruments come with riders to prevent their abuse. Law enforcement can’t simply pluck a name out of the hat labelled “gangsters.” Instead, the law enforcement agents are still required to put together a case as to why the target deserves to be subjected to what can still be considered to be draconian legislation.

To obtain an UWO, law enforcement agencies in places such as the UK or Switzerland still need to mount a meaningful investigation against a politically exposed person, showing that there is prima facie disparity between, for instance, a PEP’s published salary as a public official and sworn asset disclosure statements, and the wealth attributable to them.

This leads to what Brazilian legal academics call “dynamic distribution of the burden of proof;” or what I say is similar to what happens to the presumption of innocence when a four-year old child is caught by his mother with the remnants of a blueberry pie all over his face. Protest all he likes, mom knows where the pie on her child’s face came from. Equally a PEP with $1 billion in a Swiss bank account whose honestly earned wealth cannot have exceeded $200,000 needs to explain the origin of the $1 billion.

These comparatively recent additions to the UK’s anti-corruption toolbox are still rarely used. Law enforcement is sensitive to the fact that switching the burden of proof onto the suspect is not a step to be taken lightly.

This said, I for one fail to see why law enforcement agencies are reticent about reaching for this particular spanner. If law enforcement came knocking at your door, demanding to see evidence of where you acquired the funds in order to purchase your home, cars and other assets, you would be comparatively unfazed. Being able to piece together a family’s income and expenditure is a straightforward process for 99.99 percent of the global population; which leaves only the crooks with something to hide.

Why should we shy away from placing the onus onto them to show where their wealth came from?

I could go on, but I’d be in danger of overstating the obvious. The answers to all these questions are simple. If the individual is straight and honest, the information will be free-flowing, readily available and indicate without reservation the source of their wealth. If you are unable to draw upon any of these information sources, then it is likely you have something to hide, which in turn could justifiably jeopardize your retention of the assets in question.

Herein lies the problem with the UCC’s decision. The fact that it is those at the top of the food chain who stand to benefit from the court’s decision is one thing. The fact that the judiciary of Ukraine itself is under serious scrutiny for its own shortcomings when it comes to corrupt practices, renders the ruling even more questionable.

It is rumored that Russia cherishes the prospect of dragging Ukraine back behind the ever-expanding, fast forming and resurgent new millennium version of the Iron Curtain. Ukraine has effectively turned to the West in order to avail itself of protection, even to the point of considering becoming members of NATO. This being the case, returning to a judicial system that is open to corruption and effectively closes down the investigation of those already suspected of graft, is an outrage.

Ukraine needs to revisit this decision and quickly. Like me, most will be appalled by this ruling.

With thanks to Tony McClements, Senior Investigator at Martin Kenney & Co, for his assistance with this post.

Martin Kenney is Managing Partner of Martin Kenney & Co., Solicitors, a specialist investigative and asset recovery practice based in the BVI, focused on multi-jurisdictional fraud and grand corruption cases www.martinkenney.com | @MKSolicitors. In 2014 he was the recipient of the ACFE’s highest honor: the Cressey Award for life-time achievement in the detection and deterrence of fraud. He was selected as one of the Top Thought Leaders of the Legal Profession in 2018 and 2019 by Who’s Who Legal International and as the number one offshore lawyer for asset recovery in 2017 and 2018.