The political importance of asset recovery

September 5, 2018 Posted by : Martin Kenney Category : Blog Comments Off on The political importance of asset recovery

Asset recovery is a term generally used to describe efforts made by a victim of a crime, usually a fraud, to get his or her stolen value back. It is a burgeoning area of practice, in major part because the quantum of value stolen and the overall risk has increased so much over the last 25 years.

Even allowing for inflation, the value of frauds back then is dwarfed by some of the frauds perpetrated on banks, particularly in India, and other businesses in China and South America, in recent times. Furthermore, corporations are not the only victims of large-scale frauds; the general public are also at risk from rigged or bogus financial markets and the consequential public bailouts of financial institutions as a price of keeping the world financial system going.

Part of the reason for this enormous increase in the sums stolen derives from the concentration of value and financial influence into a small number of global ‘uber’-players. The reduced amount of competition makes it far easier for a cartel to operate, which is so interdependent that it is much less prone to blow the whistle.

The self-regulation, which, in part, derived from competition with sophisticated commercial rivals, has been replaced, notionally, by a reliance on oversight by regulators.

Given that regulators generally operate on a national basis, and we are talking about global institutions, the scope for ineffective cooperation and liaison is enormous. This is without the issue of the revolving door from public regulators to private enterprise.

At the same time, and again in part by reason of the global financial crisis, which has, in many countries, reduced the sums available for public expenditure, criminal investigation and fraud prosecution capabilities of public authorities has been greatly diminished. This trend has been exacerbated by the focus of many law enforcement authorities upon the terrorist threat.

One of the great drivers underlying the populist trend which has been seen in the US, and arguably the UK and Italy, among other countries, has been the frustration of those who have been left behind by capitalism.

The frustration with democratic governments and the institutions which have underpinned them in countries like the US and the UK stem, in part, from the perception that the general rules do not apply to the global elites and that the contract under which a citizen contributes constructively to society, in part by carefully thinking before casting a vote, in return for the provision of a fair society and an equal application for the rule of law, is in danger of breaking down. It seems to be getting harder to substantiate the maxim that all are equal before the law.

In situations where you have very significant frauds and the perpetrators of those frauds who are businessmen rather than organised criminals escape, it is easy to see how the moral justification of a society breaks down.

There are serial offending banks which have been participants in major money laundering of drug and terrorist money and suffer no more serious consequence than fairly small fines (proportionately to profits and turnover) while low level drug dealers and users fill the prisons in many countries. These facts provide a separate reason why institutions and societies which have been the subject of systemic fraud, often running into the hundreds of millions of dollars, must be seen to pursue effective remedies against the perpetrators.

In most liberal democracies, the burden of proof rests on the prosecution. There are very good reasons for this, and there is an enhanced burden for a criminal conviction and given the policy choices which western liberal democracies have made over the past several hundred years, this is hardly surprising.

However, when institutions, particularly when they are licensed and sometimes owned by the state, fail to pursue civil remedies for recovery effectively, this can be an issue. Often, the unarticulated reason for this is because politicians, senior civil servants and regulators, as well as managers at these financial institutions, are reluctant to risk the scrutiny which a proper asset recovery exercise would bring.

Sometimes there has been clear criminal collusion but more often there has been a failure of competence. While employees may be criticised for being incompetent, that incompetence does not excuse the deliberate theft of value by a fraudster. It is often the senior managers of the entity who are kicked by the regulators into ensuring that a competent team, usually from the private sector, is deployed to seek to effect a recovery. This is particularly the case where there are now numerous alternative funding arrangements available which allow the management of the risk of ‘throwing good money after bad’.

When you are talking about really big frauds, it is not that easy to disappear, or to throw the money into a black hole from which it can never be recovered. With banks you always have a starting point, for example value was transferred from a bank to a borrower or a customer. Even if there is some problem with the contractual documentation in most systems of law there is something analogous to unjust enrichment and it will be possible to reconstruct approximate terms against which transfers were made. At the end of the day, it is inherently unlikely that a bank or other business will make an ex gratia transfer to a customer and this basic fact increases the scope for making out a case of wilful default.

Similarly, today, the offshore world provides far less of an effective escape route for major fraudsters than it may have done previously.

Anti-money laundering (AML) and Know Your Client (KYC) rules are generally, and rigorously, enforced. This means that, with some application, it is possible to tie-in offshore entities which may have been used to layer or conceal these stolen monies to the fraudster, or to his or her agent. The moral benefit of pursuing these recovery actions is significant.

One of the great frustrations of the general public, which has led to a wiliness to contemplate the pretty illiberal solutions we are now seeing, whether from the political left or right, has been the anger at the way in which dishonest players within the global elite can be seen to steal money which then has to be made up, directly or indirectly, by the general public. This perception contributes to the challenge both to liberal democracy and to the concept of western capitalism.

While no one would claim that western capitalism is perfect, historically it has seemed to be the ‘least worst’ option available for the generation of wealth from which public services may then be funded.

Dan Wise is a consultant and head of litigation at Martin Kenney & Co., Solicitors. He can be contacted on +1 (284) 494 2444 or by email: dwise@mksolicitors.com 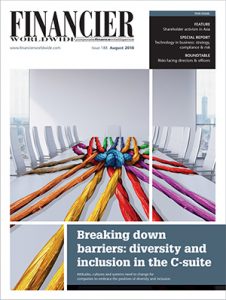