The FCA bares its teeth, but too slowly

November 12, 2021 Posted by : Martin Kenney Category : Blog Comments Off on The FCA bares its teeth, but too slowly

The toothless tiger that is the UK’s Financial Conduct Authority (FCA) has begun to flex its muscles at last.

The recent admission of guilt by NatWest – the National Westminster Bank, one of the UK’s big four clearing banks – to three counts of failing to comply with the UK’s anti-money laundering (AML) legislation, has at long last rattled the cage of financial institutions who have been paying lip service to the law for far too long.

According to the FCA, NatWest “failed to adequately monitor and therefore prevent money laundering” committed by one of its customers between 2012 and 2016. This event led to the circulation of a communiqué from the FCA to the bosses of all the UK’s retail banks. In the memo, the FCA pointed out that despite some effective controls already in place, there were also numerous instances of failures in relation to the AML regulations. The FCA said it was “disappointed” that banks were still falling short of what was expected.

Let’s get something straight from the outset. The FCA exists to oversee financial markets. According to its own website, it needs to ensure those in the regulated sector are “honest, fair and effective so that consumers get a fair deal” and that it should “make markets work well – for individuals, for business, large and small, and for the economy as a whole.”

As importantly, from my perspective, the FCA is charged with “protecting financial markets – we protect and enhance the integrity of the UK financial system.” This is a huge responsibility and it is incumbent upon the FCA to ensure that this includes any instances of money laundering.

As we all know, money laundering damages a nation’s standing among its global peers. We are quick to criticise others –  smaller countries and many of the UK’s Crown Dependencies and Crown Territories for their actions – while failing in our own governance at home.

The NatWest case dates back to a police raid in 2016. What message is being sent out to the banking sector that even if someone is caught out, it will take five years to come to court? Some will weigh the benefit/risk factor, and ask themselves about the likelihood of them still being at the bank at the end of those five years?

Even if they are still in post, very few individuals are ever prosecuted, as the culpability always seems to fall on the organisation. Given the turnover of executives at the top of these organisations, a five year delay is unacceptable.

very few individuals are ever prosecuted

I served as a detective for the best part of 30 out of 33 years of police service. Since 1998 when I joined the Fraud Squad, I have been actively investigating fraud, money laundering and corruption, most latterly in the private sector at a senior level with Caribbean law firm, Martin Kenney & Co. I have looked on, frustrated, as UK law and order systems slowly sink into disrepute.

To my mind, the biggest problem faced by UK law enforcement is the lack of deterrent. Police officers can only arrest individuals if there is a ‘necessity’ to do so. They are reluctant to defend themselves in physical confrontations, fearing a lack of support from senior officers or the courts. When they do arrest someone, they have to run the gauntlet of the Crown Prosecution Service, which some officers believe has been reluctant to prosecute cases without a strong certainty of victory.

This overall lack of deterrent is evident in the NatWest case. How long should it have taken to identify that the bank’s acceptance of a £365m deposit amounted to the bank failing to follow AML regulations? The whole point of the regulations is to deter wrongdoing.

Deterrent loses impact if responses are not immediate and timely. Complacency over money laundering rules should not be allowed to set in. No doubt NatWest will learn from its mistakes, but the FCA must learn from its, too. It needs to rise to the challenges ahead. It cannot rejoice in a five-year delay before an admission of guilt.  It reflects poorly on UK PLC, poorly on our regulators and banks, and damages our image on the global, post-Brexit stage. 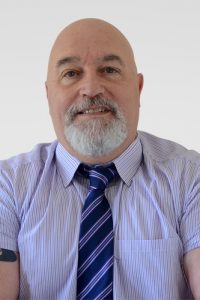 Tony McClements is Senior Investigator at Martin Kenney & Co. He served for 33 years with UK police forces and has specialised in Fraud & Financial Investigation since 1998. He is also a lecturer in these subjects at the University of Central Lancashire (UCLAN).