May 12, 2020 Posted by : Martin Kenney Category : News Comments Off on NEWS: Andrew Gilliland promoted to Head of Litigation 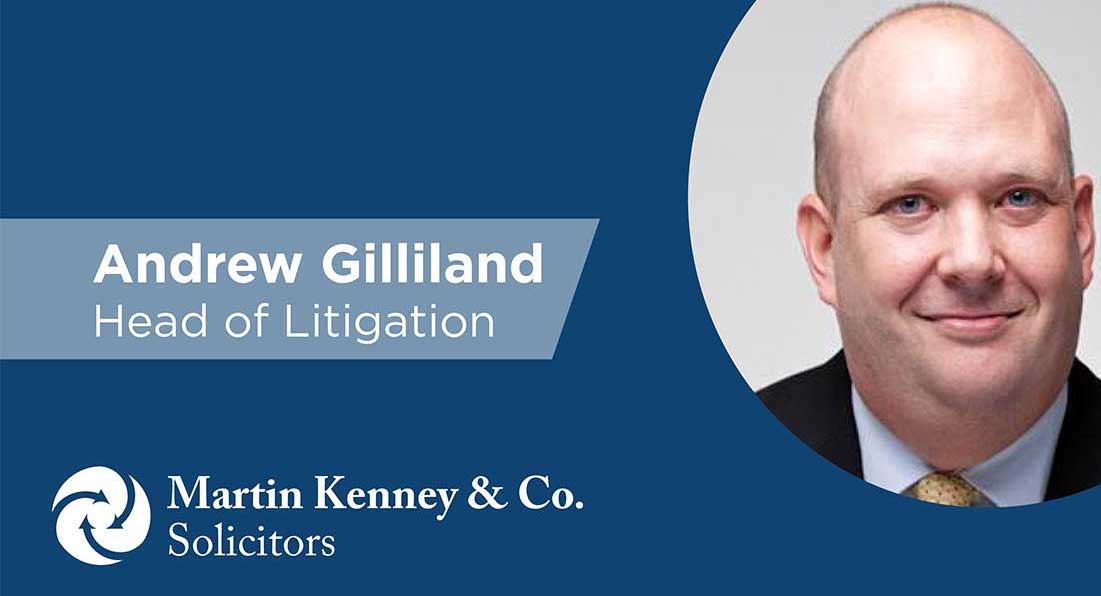 Martin Kenney & Co. is delighted to announce that our team member Andrew Gilliland has been promoted to Head of Litigation.

“Andrew has more than stepped up to the task these past months, capably leading his team during one of our busiest periods. I’m delighted to confirm his formal appointment as Head of Litigation. I think we can all agree Andrew has done a stirling job.”

Andrew has been with our firm for nearly 12 years and was admitted to practice as a solicitor in England and Wales in 2004, and later also qualified as a solicitor advocate. His practice includes all contentious aspects of commercial and insolvency law.

In addition, Andrew is often instructed to act in both arbitration proceedings and in the enforcement of high value awards from the world’s leading arbitration jurisdictions.