See the person, not the disease

October 3, 2019 Posted by : Martin Kenney Category : News Comments Off on See the person, not the disease

Across September, members of the MKS team have been raising awareness of the battle against Alzheimer’s.

We all know someone. Every three seconds, someone in the world is diagnosed with dementia.

In recent years, diagnoses are occurring in person at an increasingly younger age, showing that dementia can no longer be considered a disease of the elderly.

Dementia is now impacting persons in their most productive age with no foreseeable cure and no distinct cause.

That’s why members of our staff at Martin Kenney & Co. (MKS) have been busy across the month of September – World Alzheimer’s Month – supporting and raising awareness for the Virgin Islands Alzheimer’s Association (VIAA).

The VIAA has a simple aim:

Our vision for the BVI is to see a dementia friendly community.  We see the future of the BVI as one where persons with Alzheimer’s and other forms of dementia are accepted as part of the community and one where families recognize that they are not alone in managing the disease.

Alzheimer’s is a degenerative disease of the brain which gradually erodes the quality of life of the individual and impacts on the economic and social components of the family.

With early detection, however, progression of the disease can be slowed such that quality of life over the longer term can be improved.

That’s why we, at MKS, are supporting the VIAA and would ask that you give as well, if you can, to help spread awareness, support, train and educate family, caregivers and the wider BVI community.

These efforts will help lead to detection and recognition of the disease in its early stages, and allow many others to continue to lead as productive and fruitful a life as possible. 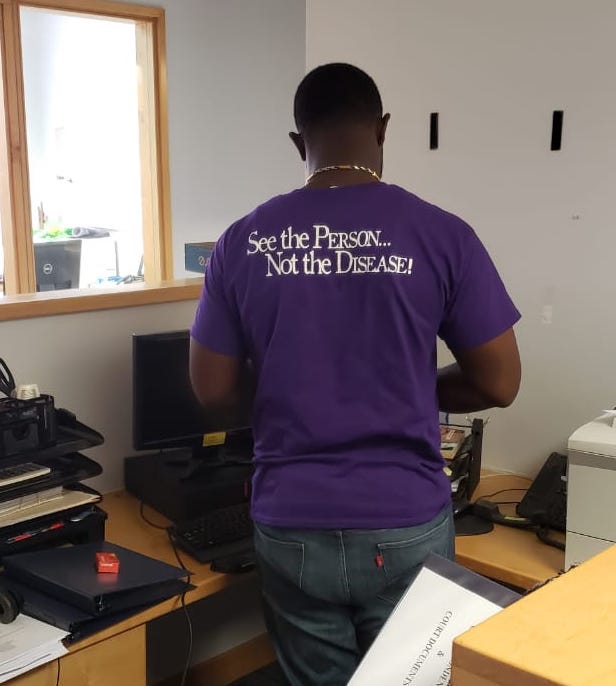