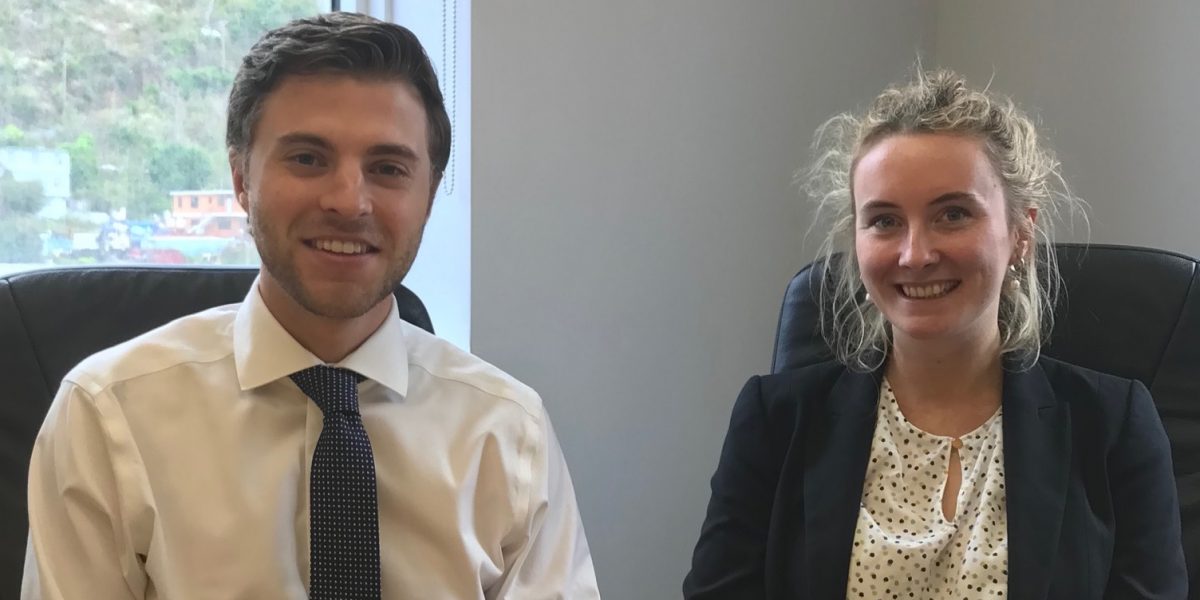 Two stellar interns are joining us for the summer months in the BVI, and we’re delighted to welcome them to the team.

Hannah Gilliland comes to Martin Kenney & Co. at the start of her legal career. In June 2018 she received a First-class Politics and Sociology degree from the University of Cambridge, ranked fourth in the year. Since then she has spent time at the United Nations as a legal intern in New York. Hannah will begin her law degree in London later this year.

Kevin Madden joins us from University of Toronto Faculty of Law, a graduate of Martin Kenney’s alma mater in Athol Murray College of Notre Dame of Wilcox, Saskatchewan. Like Martin, Kevin was the recipient of the President’s Cup awarded to the top graduate in secondary school at Notre Dame in academics, sports and leadership. Martin was the first recipient of it in 1978. Kevin was awarded it in 2015.