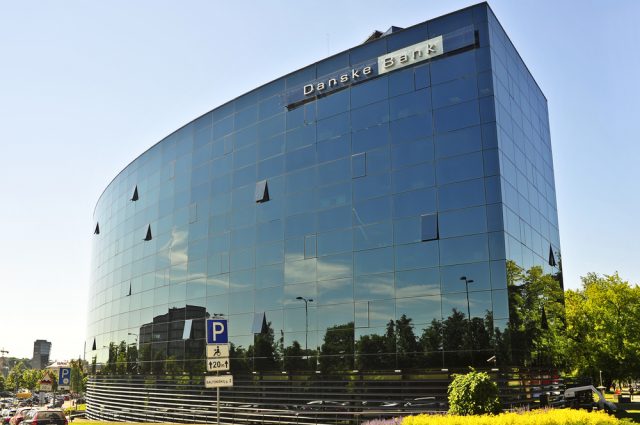 Danske Bank appears to have been used to launder $8.3 billion between 2007 and 2015 on behalf of individuals and entities located in Estonia. The bank’s punishment so far? A “stern ticking off,” as Bloomberg put it, and a request by Denmark’s banking regulator to hold more capital.

The scandal is indicative of the developed world’s “do-as-I-say-not-as-I-do” approach to anti-money laundering (AML) regulations. The problems do not lie in the regulations themselves, but in how they are policed and implemented.

Most developed countries have hard-hitting AML regulations and punishments available to fit the crime. Sadly, the punishments actually imposed rarely fit the crime (unless you are a small Caribbean island with the audacity to try and compete in what is a cut-throat company formation and financial services business).

Doing business with Estonia, or any of the other former Eastern Bloc states, demands meaningful due diligence. Danske Bank CEO Thomas Borgen has issued an apology, citing the “difficult place” the bank found itself in when confronting financial crime.

This is no excuse. As regulatory manuals evolve to capture and prevent financial abuse, so does the ability of crooks to bypass them. The Estonia scandal has hit Danske Bank’s share price. But this is still not a punishment, merely a by-product of the bank’s negligence and failings.

According to the reports, the bank missed any number of glaring red flags. Most astonishingly, its non-residents unit did not have an anti-money laundering boss for most of 2013.

The investigation to date indicates that bent money from Russia was making its way via the Baltic States into the EU, via UK shell companies. The investigation has uncovered a whistleblower who spotted false data being submitted to the UK’s Companies House.

And there we have it once again.

I have taken a lot of flak from NGOs such as Transparency International and academics for arguing against their campaign for open public registers, disclosing the identities of ultimate beneficial owners (UBOs). The UK government is closer to deciding if open registers will be implemented — no, forced — upon its overseas territories.

My argument against public registers is simple. The UK (yet again) is having its much-vaunted open public UBO register called into question. The problem with the UK’s system is that it is not meaningfully regulated or policed, so the lack of verification renders it almost pointless.

The BVI on the other hand rigorously verifies UBO information on a two- tiered basis — i.e. (a) at the level of licensed and regulated company AML compliance departments and (b) the BVI Government’s 140-person Financial Services Commission which audits the compliance performance at the trust companies).

In addition, the BVI ensures the availability of UBO identification data to UK law enforcement within two hours (in an emergency) and 24 hours ordinarily.

The problem that the NGOs appear to have with this system is that they can’t access the UBO data. Therefore, they maintain, it is flawed and in all likelihood corrupt. In criticizing the BVI, they regularly allude to the UK’s open and online register as the panacea to corruption. It’s not. It is a meaningless, pointless exercise in collecting unverified and untested information. UK Companies House has just six people to ostensibly do the verification work of hundreds. That is a ludicrous situation.

This latest scandal and its use of UK shell companies vindicates my position. The transparency NGOs should be targeting the developed countries to not only develop regulatory manuals designed to frustrate crooks, but also to police their own financial institutions. And, when there is an AML breach, these jurisdictions need to impose meaningful punishment.

Paying passive lip service to the problem of international money laundering is no longer acceptable for any country. And facts are facts. The UK’s Companies House is shockingly ineffective at policing its systems, whereas the regular Caribbean targets of the NGOs are miles ahead in their own regulatory processes.

This said, the problem remains: that until the NGOs are able to stick their noses into everybody’s business via the internet, their scattergun approach to regulatory demands will continue. These demands need to be seen for what they are. The sudden movement towards open UBO registers in the overseas territories is directly linked to the government’s political vulnerability in the UK right now.

Overseas territories such as the BVI and Cayman Islands have a simple message. Let the rest of the world get their own house in order — especially the secretive American offshore service providers in states such as Delaware and Nevada (and the seriously flawed systems in the UK) — and then we will do as they do.

Martin Kenney, pictured above, is Managing Partner of Martin Kenney & Co., Solicitors, a specialist investigative and asset recovery practice based in the BVI and focused on multi-jurisdictional fraud and grand corruption cases www.martinkenney.com |@MKSolicitors. In 2014 he was the recipient of the ACFE’s highest honor: the Cressey Award for life-time achievement in the detection and deterrence of fraud. He was selected as one of the Top Thought Leaders of the Legal Profession in 2018 by Who’s Who Legal International and as the number one offshore lawyer for asset recovery in 2017.