Martin Kenney: Who, then, detects the fraud?

May 2, 2018 Posted by : Martin Kenney Category : Op-Ed Comments Off on Martin Kenney: Who, then, detects the fraud? 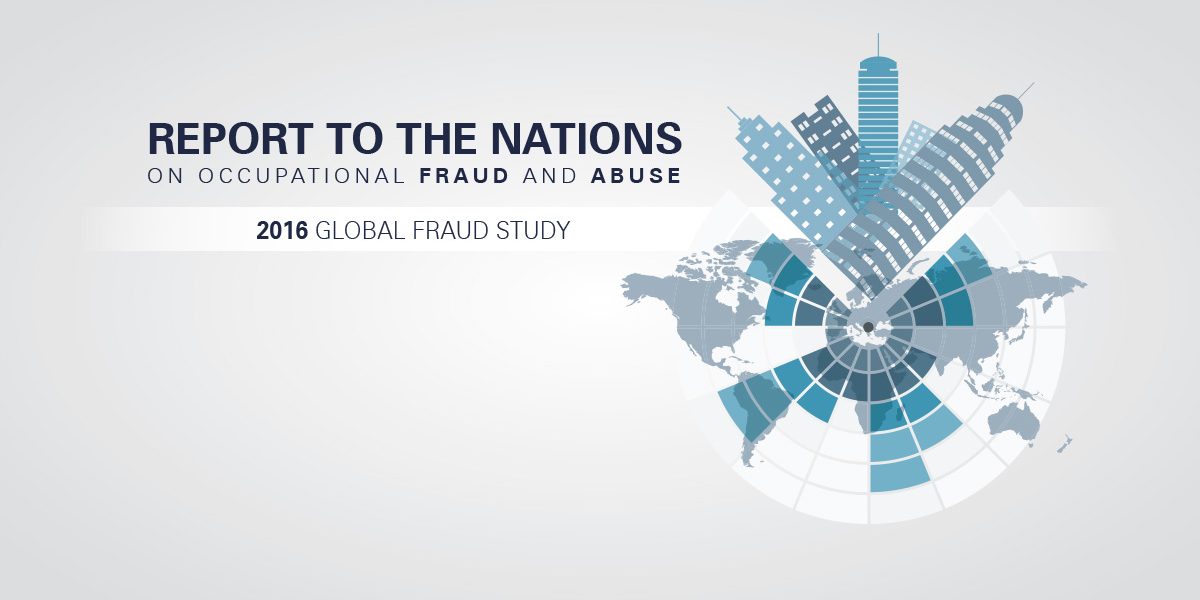 This year’s 2018 Association of Certified Fraud Examiners (ACFE) Report to the Nations makes extremely interesting reading but, as one would expect, there is little in the way of good news, with fraud continuing to be as big a problem in the United States as it is globally.

So in the ACFE report, what catches the eye?

How about the overall losses of $7 billion plus? An incredible 22 percent of frauds accounting for losses in excess of $1 million.

In the context of detection, only 15 percent originates from the work of internal auditors, a mere 13 percent from management scrutiny, and a significant 40 percent coming from tip-offs.

Why is only 15 percent being picked up by auditors? Surely this figure should be higher? Auditors are entrusted with many duties, but spotting fraud is up there with the most significant. Added to this, management is only spotting 13 percent, making it apparent that we have a problem. But is the problem a lack of skill, expertise and experience… or simply complacency?

Sadly, no amount of background checks or due diligence will ever identify an employee who has suddenly fallen on hard times, whose partner has developed a drinking problem, or whose kids are suddenly addicted to drugs. The ACFE’s report indicates that only 4 percent of those committing internal fraud had a prior conviction for the crime, so the law of averages would suggest that identifying those who did is going to be extremely difficult.

So we should build in checks and balances in the hope that if an employee goes bandit, the damage is not terminal to the company. The ACFE report highlights this problem, identifying that internal control weaknesses account for almost 50 percent of cases. Conversely, owners and CEOs account for only 19 percent of fraud cases, but a whopping $850,000 in average losses.

Long-term employees stole twice as much as newer recruits. Those with less than five years tenure stole on average $100,000. Those who had been with the company in excess of five years stole about $200,000. This tells us that trust and experience are more dangerous to the employer.

Of course, victims sometimes decline to report fraud with a view to prosecution. In fact, reporting fraud has declined 16 percent over the previous 10 years. This is a statistic that does not surprise those in our profession. Bad publicity can be damaging to a company and its image. A significant number of CEOs would rather see the perpetrator walk away quietly than have their dirty linen washed in public. But does this send out the wrong message?

We have all seen the signs in department stores: “We always prosecute thieves.” No, they don’t. But why is that? If you catch somebody stealing a bar of chocolate worth less than $2, why would you commit to a process that could cost your business hundreds if not thousands of dollars and too many hours preparing statements, visiting the police station, and ultimately sitting around court waiting for the perp to get a slap on the wrist?

The same could be said of most businesses. Many victims wrongly assume that chasing the value of the fraud in terms of assets is tantamount to throwing good money after bad. Sometimes that’s true. Damage limitation demands that in some (but not all) instances the clever play is to pack the rogue employee off to the ranks of the unemployed, rather than (a) waste money and (b) see your company’s image irreparably damaged.

At my firm, we assess each case on its merits, declining the many referrals, simply because the cases are not economically viable. We try to err on the side of caution as the victim has suffered enough.

And yet I regularly read about cases that are crying out for asset recovery. But many boards of directors shy away from the option in the flawed belief that they will simply be adding to their tale of woe. In fact, many are missing an opportunity. Economic loss to fraud will invariably reflect badly on them as overseers in any event. But imagine recovering significant value for the business, thereby mitigating the original loss and improving how they are perceived?

The ACFE report is here (pdf).

Martin Kenney, pictured above, is Managing Partner of Martin Kenney & Co., Solicitors, a specialist investigative and asset recovery practice based in the BVI and focused on multi-jurisdictional fraud and grand corruption cases www.martinkenney.com |@MKSolicitors. In 2014 he was the recipient of the ACFE’s highest honor: the Cressey Award for life-time achievement in the detection and deterrence of fraud. He was selected as one of the Top 40 Thought Leaders of the Legal Profession in 2017 by Who’s Who Legal International and as the number one offshore lawyer for asset recovery.

This article first appeared in the FCPA Blog