FCPA Blog – An Honest Discussion About the BVI

December 1, 2016 Posted by : Martin Kenney Category : Op-Ed Comments Off on FCPA Blog – An Honest Discussion About the BVI

MARTIN KENNEY: LET'S HAVE AN HONEST DISCUSSION ABOUT THE BVI 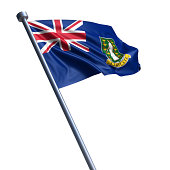 Transparency International’s Max Heywood recently posted an article on TI's website asking if the British Virgin Islands — from where I operate a cross-border fraud and asset recovery law firm — has “cleaned up” since the publication of the so-called Panama Papers.

I regularly extoll the virtues of Transparency International. Its efforts to expose and raise awareness of the pernicious nature of grand corruption are laudable. However, despite my support for what it stands for, I have also been critical of TI when several of its number have sought to oversimplify the world of offshore companies. In doing so, they seek to make what strikes me as being politically-inspired (in contrast to fact-based) criticism.

In this instance, Max Heywood has reported some of the developments in the BVI since the release of the Panama Papers revelations in April and asks if the “revelations” have led to any changes in the way BVI does business. All too often since the Panama Papers scandal broke, we have seen innumerable media reports that have sought to dramatize the ‘murky world’ of offshore companies.

At first glance, there appears nothing particularly contentious in Heywood’s article. There is, though, an immediate inaccuracy, where he states that the BVI was home to over half of the offshore companies which featured in the Panama Papers.

In fact, not all BVI companies are “shell companies” (meaning a company of no substance). Some are active companies trading in the same manner as their onshore counterparts. Some count among the largest and most valuable holding companies in the world. Some are valuable cross-border joint venture companies. But this is a minor point. The mechanics and governance of offshore companies, be they shell or otherwise, are inherently complicated.

So what has been the effect of the Panama Papers on the BVI?

Well, as Heywood points out, offshore company formation activity has reduced by 30 percent when compared with the same quarterly period  before the Mossack Fonseca scandal. Heywood is also right to point out that the regulators here may need to be more rigorous and step up to the mark in the aftermath of the Panama Papers.

But the scandal is just seven-months old. What do people expect to happen in such a short period of time? New regulations and new protocols cannot simply be pulled out of a magician’s hat. They have to be firm, fair, practical and enforceable. It is going to take time for the officials here to draw up, debate and implement sensible measures in response to April’s reports.

If the demand for change was simply being driven by a need to exert additional governance over the offshore business community, I would raise little objection. The fact is that there is a clamour by the ill-informed and those driven by political ideology for all things offshore to be outlawed. This is both unfortunate and unnecessary.

I appreciate the ethical issues and debate that offshore companies generate in terms of legal tax avoidance (or being tax efficient) in contrast to criminal tax evasion. However, the amount of tax a company is required to pay is dictated by onshore legislators. Low tax policies on corporate earnings for tax competitiveness (such as in Ireland) are not the fault of offshore service providers. If the onshore tax legislation provides a company and its directors the opportunity to pay less tax, they’d be actionably negligent as officers of the company not to pursue that opportunity.

Many people are drawn to form companies in the BVI as it is often preferable and safer when compared to jurisdictions elsewhere. If a Ukrainian businessman wants to set up a joint-venture company with a Nigerian trader, would it be preferable to set it up in the neutral BVI rather than one of their respective homelands? England’s (and derivatively the BVI’s) legal system is emulated across the world. The BVI offers international entrepreneurs and risk-takers one of the safest of all legal platforms upon which to do business.

For their own part, BVI politicians and community leaders are aware that they need to move with the times and diversify their economy. They are already working towards this goal. The new nomenclature in the BVI is to attract “value added” business.

If onshore tax regulators want to impose a “substance test” on tax competitive jurisdictions, then “substance” they will get — with research and development activity, and royalty-generating intellectual property creation, migrating offshore. This will take time.

The constant onslaught by organizations such as TI is unbecoming, and in my opinion contradictory to their ambitions, given that they effectively exist to fight the corner of the common man. The people who stand to lose the most from this undignified onslaught are ordinary BVI “belongers.”

I picked up a further anomaly in Max Heywood’s piece.

He quoted Justice Barry Leon of the BVI Commercial Court as saying: “We should remember that those who come to incorporate companies here come not for the false reasons we have heard so much in the past year.”

In actual fact, Justice Leon’s original quote read: “We should remember that those who come to incorporate companies here come not primarily for the false reasons we have heard so much in the past year.”

Without the word primarily the sentence takes on a substantially different meaning and perspective. I would like to give Mr. Heywood the benefit of the doubt and presume that this was not a deliberate misquote of a public statement from a sitting High Court Judge.

In actual fact, Justice Leon is right in explaining that the popularity of BVI companies is principally down to the BVI’s stable environment and English-based legal system. Why should the BVI be apologetic for maintaining a legal system that is seen to be fair and incorruptible?

There are a lot of good people in the BVI who ply their honest trades here. BVI belongers rely upon the commercial world and its infrastructure to support their islands. The constant sniping and misnomers thrown at the BVI could see local communities seriously harmed by all of the noise.

Will this then be seen as mission accomplished by those who profess to be looking after the interests of the average man on the street? If the BVI is to be attacked, why is Delaware and its 800,000 anonymously owned companies left to carry on without so much as a blemish?